As a marketing professional, images play an important part in creating an impact; whether it’s making sure you have consistent, good quality representation of your products or you need to project a warm and welcoming impression, good creative imagery plays a key part in your marketing activities.

My own bio images were starting to look a little tired and whilst representative of my personality, I felt it was time to create a better impression by investing some time and money in a professional photoshoot.

Having met Ted Davis on several occasions over the years and collaborating with him on several marketing projects I had never actually experienced an actual photoshoot with Ted, who is a fabulous professional photographer based in Hove.

Studio 323 is located in historic Palmeira Square, overlooking the beautiful gardens and the sea and occupies a space that was once the first floor drawing room of a large Victorian house.

The studio provides 500 square feet of space, 14 foot ceilings, and is equipped with full blackout facilities for studio photography or generous daylight for naturally lit work.  The view from the windows of this magnificent space provides the perfect backdrop and setting for many types of photoshoot.

Here are some of the resulting images Ted created for me. . . . 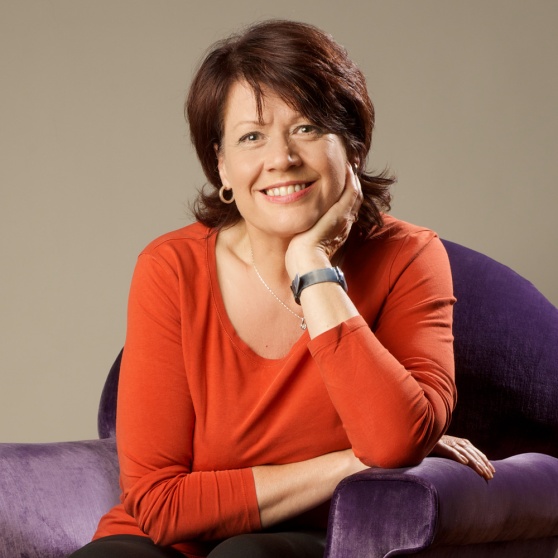 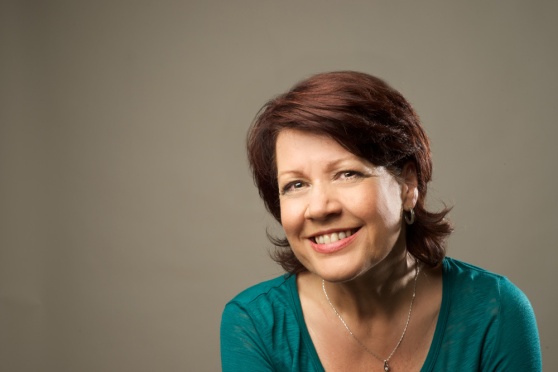 If you’d like some help implementing your marketing activities Tweet me or call me on 01273 772033 for an initial chat over a coffee!

Online content marketing allows you to communicate with your target customers and prospects without selling.

I write your targeted online content, whether it’s for your website, blog or social media pages, which resonates with your target audience, capturing their attention and answering their needs.
I can also help you identify how to increase your online effectiveness through email marketing and get your social media sites up and running.
Contact me today by telephone 01273 772033 or on Twitter to arrange to meet for an initial chat over a coffee.

I participated recently in a very interesting debate on a LinkedIn forum, which asked this very question. Predictably it generated a lot of debate, specifically from those specialising in Email Marketing who were fiercely defending their products!

At the moment, Social Media is nowhere near replacing Email, but continues to be complementary – an important tool in your marketing kit bag, so to speak.  Rather than being completely replaced, I think it will evolve to work even harder to integrate with Social Media.

Email has been around since the 1980’s and whilst it isn’t as permanent as a postal address – another form of communication which hasn’t died out altogether – consumers don’t tend to change email addresses; once you have a customer’s email address, you have a fairly assured way of getting a message in front of that customer.

Consumers do, however, migrate social media.  Remember when MySpace was the most popular social media site?  Then, when Facebook arrived and became more popular it seemed unthinkable that anything would take over FB’s position. Then up popped Google Plus, which has taken a big slice of the pie and still seems to be gaining momentum and I’m sure there will continue to be more contenders in years to come!

So, whilst social media evolves as a place to communicate with your customers in real time, keep up with news and enhance knowledge, Email continues to provide a more personal connection with more opportunities to repeatedly communicate with direct targeted messages.

But who knows?  Twenty years ago, who could have predicted the demise of the fax machine?  Maybe in another twenty years, we’ll be reminiscing the demise of email. . . .

If you’d like some help on putting together some email marketing campaigns Tweet me or call me on 01273 772033 to set up an initial chat over a coffee!

To stay engaged with future buyers, Lead Nurturing is a powerful way to deliver engaging and interesting content to your prospects – specifically those who have given you permission to stay in contact with them.

What you’re essentially doing is educating targeted sales leads, which are not yet ready to buy.  Valuable content that keeps your audience engaged can help you build a strong brand presence and engender trust long before they make a purchase.

Remember!  It’s not all about hard selling anymore; it’s about building relationships and trust with your prospects in a way that is both consistent and relevant.

If you’d like some help on managing your marketing activities Tweet me or call me on 01273 772033 to set up an initial chat over a coffee!

It’s all about having relevant and timely messages!

1.  Make sure it’s not promotional!
Anything which is blatantly salesy and promotional will not inspire or excite your target audience; two of the most critical components of content marketing

2.  Make it relevant and targeted
It has to be relevant and of interest.  Make sure you make it useful to the reader – even if this means it doesn’t necessarily support your company’s main service message.

3. Answer a niggling business question
Give your readers added value. By imparting useful information gives you the ability to nurture important leads and positions you as the ‘expert’ in your field.

4. Make sure it’s well written
Thought leadership needs to be written well – poorly written copy may be detrimental to your company’s reputation.  Well presented and free of errors, it needs time and effort; outsourcing might be a wise investment!

5. Keep your business goals in mind
Does your content support your business objectives?  Is it relevant to your company?  Creating content which does neither, is a waste of resources.

6. Make sure it’s substantiated
Writing to support your business goals, may seem biased; content needs to be supported with ‘proof’; either quotes and testimonials or actual statistics.

We’re all now pretty familiar with the more established social networks such as Facebook and Twitter and getting to grips with their importance when developing marketing campaigns and connecting with our customers.

But, did you know that there are more than 200 active social networking sites out there?

Early contenders like Classmates.com was launched way back in 1995 followed by Friends Reunited, in 2000 and LinkedIn in 2003. Flikr and Facebook came snapping at their heels in 2004 and Twitter in 2006.

Whilst we’re all becoming slaves to social giants Facebook and Twitter, maybe we need to come up for air and see what else is out there, specifically those being tipped as the ones to watch.

For whatever reason, the following 3 sites are being heralded as the next Social Media networks to keep an eye on.

Whisper
An iPhone app promising anonymity, Whisper is a place where users can post secrets (known as whispers) that appear in the form of an online postcard.

According to US online business forum, Business Insider, more than one million people have uploaded around 8 million whispers. Gaining steam among college students on campuses in America and a recent $3M worth of funding, could this be destined as the next big thing?

Medium
Being heralded by its founders as an extension of Twitter, Medium is quite simply a blogging site promising “A place where you can find and share knowledge, ideas and stories – specifically, ones that need more than 140 characters and are not just for your friends.”

Created by Evan Williams and Biz Stone, the guys who started Twitter and Blogger, you’d assume Medium has a fairly good chance of being the next big Social Media contender.

Sina Weibo
With twice the number of users, Sina Weibo is China’s version of Twitter and has been embraced by large brands such as Pizza Hut and some Western celebs like Tom Cruise, who apparently has more than 4.2 million followers.

According to Mashable, 22 percent of China’s internet population are signed up and there’s now a US version; only decipherable if you understand Mandarin Chinese!

I’m sure it’s going to be a while before any of these networks overtake the likes of Facebook and Twitter, but I’m sure we’ll all be whispering and Weibing to our customers in the not too distant future!

If you’d like some help and advice to increase your effectiveness through online marketing, Tweet me or call me on 01273 772033 today. 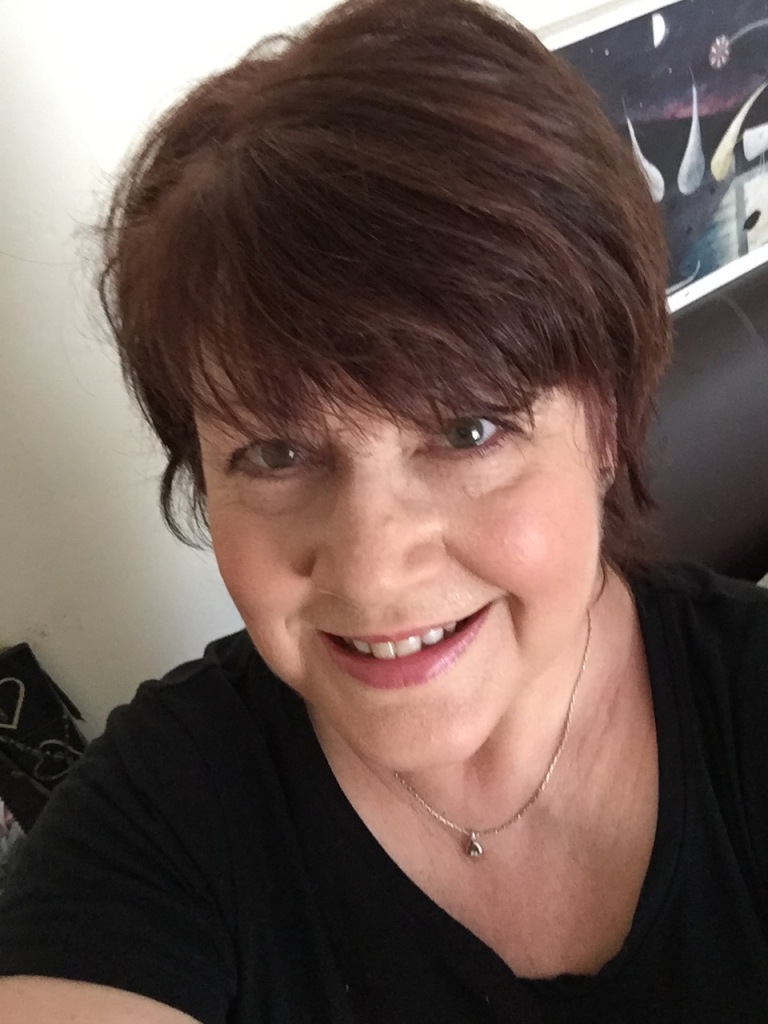